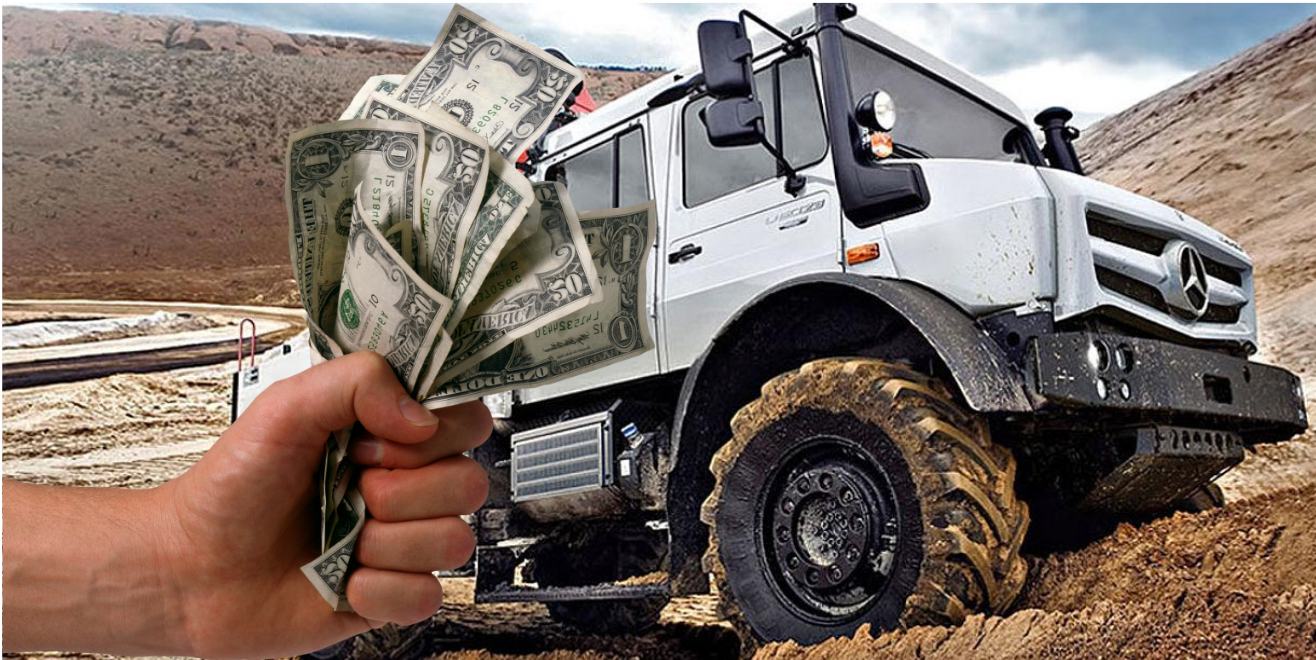 How much does a Unimog cost?

A question asked by many people worldwide. What is the price of a Unimog? How much should I pay for a Unimog 404? Is a Unimog 2150 really worth that much? Those price related questions about used Mercedes-Benz Unimogs are seen everywhere. But what determines the average price for a German build truck? The simplest answer to give is what you are willing to pay for it.

On average you pay for a Unimog 404 in the Netherlands about 4000 to 5000 euro. However, these prices can also rise to 15 thousand euros. But in Germany you soon pay 1000 euros more for the same Unimog. One way to explain this supply and demand. The reason why people are less likely to buy a Unimog 404 in the Netherlands is due to the high prices for benzine. This decreases the demand for a Unimog 404 which turns down the price of a vehicle compared to the same off-road truck in Germany.

Have a look at the prices on Unimogmeister.com. We clearly see a big difference in price for many Unimogs that are for sale. For a Unimog 403 or a Unimog 406 the price are on average 15 thousand euro. On the other hand their are also expedition Unimogs for sale with an price starting at 40 thousand euro. Those Unimogs start at higher prices because they come from another model serie that have been build by Daimler-Benz in Gaggenau, Germany.

Mercedes-Benz also build Unimogs that came out not as normal but as special edition. Two common Unimog editions that are on average more expensive and thus have a higher price, are the Unimog Agrar and the Unimog Forst. The Unimog Agrar was build for agricultural purposes and the Unimog Forst was developed for the lumberjack in the woods. These kind of Unimog versions that are for sale and in original condition with all features complete are likely to be in the top price classes of Unimogs for sale.

Addittional features such as hydraulics, PTO and a crane will also add up to the price of a Unimog. Do you find 2 Unimogs for sale but with a price gap over more than 1 to 2 thousand euro/dollar? It is most likely that the more expensive used unimog truck has extra features like a winch or a frontloader.

Again supply and demand plays a big role for the price of a Unimog that you find for sale. The Unimog Doka (double cab) is a popular edition for many people. Do you want to buy a Unimog with an extended cabin? you are not alone. Most people that are looking to buy a Unimog that has place for more than 3 persons are trying to buy a Doka Unimog. So the demand for the Doka truck is high but on the other not that much Unimog Doka’s where build. Mercedes-Benz only build few Unimogs with a double cabin to fit multiple people. Other than original Doka Unimogs build in Germany, you can find self-build double cab Unimogs. Basically two Unimog cabins combine to one.

The same applies to convertible Unimogs. Most kind of Unimogs with an open cabin where build for forest/forst Unimogs or the Agrar version. Some people have tried to convert there closed cabin to a convertible one but didn’t end up that well. make sure to buy a Unimog with a convertible cabin that was build that way by Mercedes.

Especially older Unimogs are familliar with the rust problem. A lot of Unimogs suffer from rust on the well known places. for instance under the headlights or at the back of the cabin of a Unimog 406 or a 421. Don’t forget to check the doors. Repairing a rusty Unimog can cost you without man hours counted with ease 1500 euro or more.

The last thing that determines the price of a Unimog is off course the technical condition of a Unimog. Is the motor and the gearbox in working condition? Do we spot any leaking oil? A Mercedes Unimog that is for sale and ready to be put in action is worth more than a Unimog that still needs a lot of work. Buying a vehicle that needs to be restored or is falling apart is worth less off course than a perfectly restored Unimog.